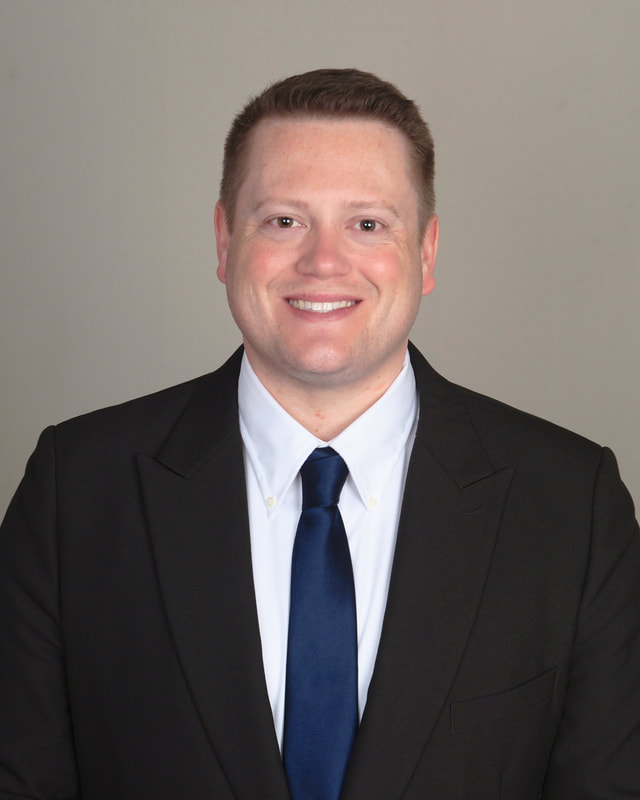 I want to be your next elected District Court Judge because, as a Forsyth County native, I believe there are significant opportunities to continue to improve and strengthen our local community.  I also believe that local judges who have represented the communities that they serve can better relate to the people who come before them, can exercise greater empathy and compassion in the cases that they hear, and can render better and fairer decisions, and thus can make a more positive impact on the community from the bench. And that is my goal, to improve my community.

I grew up in Winston-Salem, attended Summit School, and ultimately graduated from R. J. Reynolds High School. After several years away working and studying, I chose to return home to be closer to my family and to establish myself in the legal community. I’ve practiced law in Winston-Salem for nine years, seven of which I’ve served the people as an Assistant Public Defender.

Through my work as an assistant public defender representing indigent clients, I have dealt with the problems affecting the most vulnerable members of our community, such as drug and alcohol addiction, mental health issues that often go untreated, and the seemingly never-ending cycle of the collateral consequences of poverty. As an assistant public defender, it often is not enough to solely “practice law.” Because of the unique needs of each individual client, coming up with a plan to help them often requires thinking of creative alternatives, with the end-goal of setting up each person for success. It has been incredibly rewarding working closely with each of my indigent clients, not only to guide them through the very complicated criminal justice system, but also to ensure their rights are protected at every step of the process.

After being firmly entrenched in the indigent defense community and practicing in court nearly every day over the past several years, I want to have a larger impact on the local community by serving as a District Court Judge. As a District Court Judge, I would hear and adjudicate not only criminal proceedings, but also civil litigation, family issues including divorce and custody matters, juvenile court, and other legal matters. Transitioning to a judicial role would shift my focus from being an advocate for one individual’s personal interests into that of an advocate for the rule of law and the basic tenets of justice and fairness for all. This transition will certainly present challenges, but I will humbly dedicate myself so that I can have a broader impact on fortifying and empowering our community.

All parties involved in a legal matter deserve a fair and impartial arbiter of justice to oversee their cases, and I would aspire to be that in every instance. Putting aside any personal beliefs and biases is not always an easy task, but I understand the absolute necessity for a judge to be completely impartial, and I would strive every day to demonstrate that neutrality and balanced approach.

Born in Winston-Salem, I grew up in the Moravian Church, as did my father and grandfather. My mother worked as a K-5 art teacher at various Winston-Salem/Forsyth County Schools for 25 years before retiring. My father worked as a child clinical psychologist, focusing his practice primarily on testing children with possible learning disabilities and behavioral disorders.

My first experience in New Orleans, and what drew me back to that community for law school, was in the spring of 2006. Hurricane Katrina had ravaged southeastern Louisiana during the 2005 hurricane season. During my senior year at Duke, I had the opportunity to travel to New Orleans with Campus Crusade for Christ during spring break. We were able to help residents in the lower Ninth Ward demolish parts of their home infested with black mold. These were families who couldn’t afford contractors to perform this work and were relying on other Americans to volunteer their time and resources to help. It was exhausting work, both physically and emotionally, but to this day it remains one of the most rewarding and memorable experiences I’ve ever had.

As a student-attorney at Tulane Law School, I represented several neighborhood groups and environmental organizations that were aligned in fighting the Industrial Canal Lock Replacement Project, which was an unnecessary, costly, and environmentally irresponsible project being pushed by the U.S. Army Corps of Engineers. By discovering and highlighting the legal problems involved with the project, our legal team comprised of myself, another student-attorney, and our supervising attorney, were able to get an injunction in federal court that halted the project until it complied with the law. It was this work helping people with legitimate legal concerns, but who could not afford to pay for legal counsel, that would later encourage me to become an assistant public defender when I returned home.

After returning to Winston-Salem upon my graduation from law school, I worked as an intern with the Children’s Law Center before opening up my own solo practice. I ran my own practice for a year and a half, handling criminal and civil matters for both private and court-appointed clients. An opportunity to work at the Forsyth County Public Defender’s Office presented itself, and that is where I have served the public ever since.

I have served for the last five years on the board of directors for Parenting PATH, formerly known as Exchange/SCAN, a non-profit that works in Forsyth and surrounding counties to prevent child abuse, and where it has already happened, helps treat both the children and the abusers. I also serve on the board of a relatively new children- and family-focused non-profit called Forsyth Partnership for Children and Families. Working on children-centered causes is so personally rewarding to me because both of my parents' careers were focused on enriching and improving the lives of children in Forsyth County.

Another cause that is very close to my heart is blood donation. Whether you are religious or not, the reality is we all contain a miracle in our bodies, and that is our blood. We have the ability to save peoples' lives, at very little cost to ourselves, by donating that miracle to complete strangers that we likely will never meet. I donate whole blood and platelets regularly at the American Red Cross in Winston-Salem. Platelets help the blood clot, and are a crucial blood product used in the treatment of cancer. I am also on the national bone marrow and stem cell registry through Be the Match, where doctors treating blood cancer patients can search for close genetic matches to donate blood products to their patients. Consider joining the registry at https://join.bethematch.org/.

Paid for by Whit Davis for Judge